1&1 Hosting, now known as 1&1 Ionos, offered a client version 5.7 of MySQL calling it the latest version and stating that it would be available on February 25th. The actual latest current version of MySQL is 8.0.15 according to their official website, version 5.7 was released in 2013. 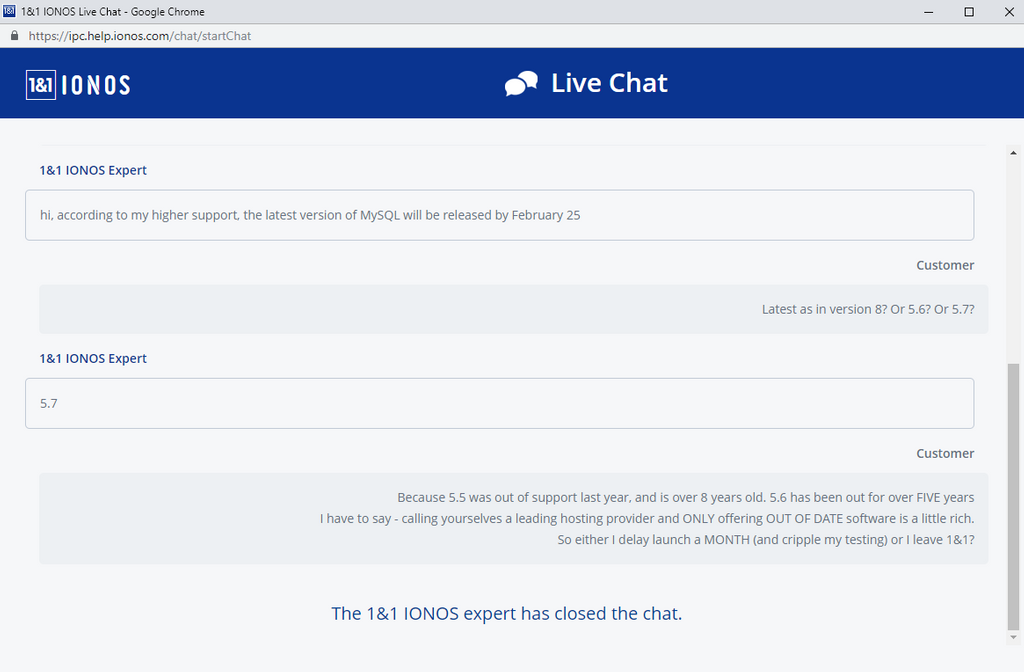 It appears the hosting provider is currently offering customers MySQL version 5.5 or 5.6, according to a chat conversation posted to Reddit by user Narkboy. Version 5.5 of MySQL is no longer supported by Oracle having reached end of life in December of 2018, and 5.6 is scheduled to have support reach end of life in February of 2021.

Technically 5.6 and 5.7 are still well within their support ranges and should operate just fine for most website owners. MySQL 8.0 was released just last year, approximately 3 years after v5.7 was released.

According to the website EverSQL, MySQL 8.0 does offer some benefits over its older counterparts including the following:

If MySQL 8.0 is what you want and you’re on a budget, it looks like shared hosting at 1&1 Ionos is not a going to be a good fit. We are currently unaware of any shared hosting that uses MySQL 8.0, if you know of one let us know in the comments.

WordPress Now Powers 39.5% of Websites on the Internet

We're here 24/7 to support your website needs. Contacting us is super easy.